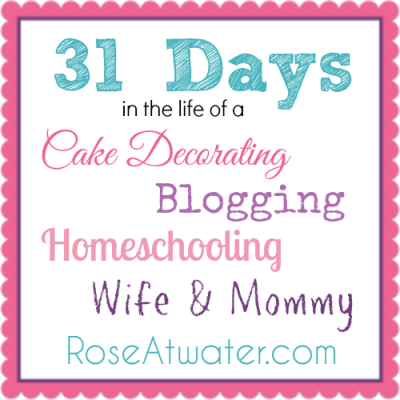 My day started around 9:30 when my brother called.  I really needed to be up anyway – I had just turned my alarm off at 9.  Last night we ended up being awake until around 2:30am.  I almost finished the cookies and the hubby finished his football game.

I don’t want ya’ll to think when I say I was up until 2 or 3am that I’m always complaining… last night was fun.  Watching the game and working… I wish it had been earlier but with Richy’s schedule, it just worked out that way. Now that he’s going back to a ‘normal’ work week (including having today OFF – yay!!), I’m hoping I’ll get back into my routine of getting in bed around midnight! 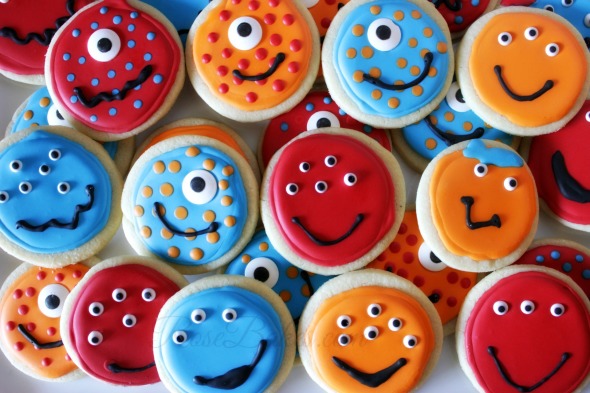 Anywho… I got up, talked on the phone with my brother while checking social media, then got started on cake!  Actually – cookies first.  I put the little black smiley faces on these cookies that I worked on late last night ( the smiles were the last step), then I started on cake.

Around noon, I realized I hadn’t eaten, so I ate “breakfast”… aka a big slice of Key Lime Pie.  Don’t judge me.  It’s Friday and I’m breaking all the rules.

Richy wanted to grab a shower after we ate and since the kids had started some cartoon on TV, I joined him.  That way when I finished the last cake, I could go straight to bed!  Plus, let’s be honest… it’s fun sharing a shower!

All dressed up in my PJ’s (haha), I started the last cake around 8pm.  I got it covered in fondant and made the ice cream cone topper, then moved to a table set up in the living room.  We rented Million Dollar Arm and had a movie night with the kids – I worked while we all watched – adding all the stripes and polka dots.

OH – just before we started the movie, I had the kids try on some new clothes.  We’re scheduled to get some pictures taken tomorrow and I didn’t want to find out at the last minute that somebody didn’t have a shirt or pants to fit.  Noah asked me to take his picture… he was looking pretty spiffy, huh?

It’s been a while since we all sat down together to watch a movie and even though we started later than we planned… it was all good!  Richy is off of night shift and tomorrow is Saturday, so we were pretty excited about it (even though I was working while we watched)!

It was a great movie – based on a true story (my favorite kind)!!  (although I could’ve done without the sexual references that they felt the need to put into a family move, but overall – it was really good!)  I highly recommend MovieGuide.org if you want to get the low-down on movies before watching them!

Anyway, just before the movie was over, I was finished with the cake!!  YAY!  We promptly sent the kids to bed (it was after midnight afterall) and then I sat down to write this post.  Even though it was a long, long day of cake, I’m really happy with how they all turned out and I can’t wait for the clients to see them tomorrow!

Now I’m off to bed.  I have to be up by 9am for deliveries 🙂 I’ll post all the other cake pictures tomorrow…  see you then!